Dublin in the Coming Times

In his 1893 collection, ‘The Rose’, WB Yeats included the poem ‘To Ireland in the Coming Times’. Borrowing its title, Dublin in the Coming Times is a free, citywide programme of creative writing in which Dubliners, young and old, can create their own stories and poems as they look to the future of their city as it goes through another phase of evolution and renewal.

To get the ball rolling, author Roddy Doyle invited some writers and artists to contribute short stories reimagining the city. Their work, included here, is being published in ‘The Irish Times’ throughout 2016.

Free creative-writing workshops have been run over the course of the year for adults in a number of Dublin City Public Libraries and other participating organisations include Fighting Words, Science Gallery, Little Museum of Dublin, Axis Ballymun, Croke Park, the Olivier Cornet Gallery, Marsh’s Library and a number of workplaces around the city. A selection of the pieces created in these workshops is featured in these publications.

The project, which is a partnership between Dublin UNESCO City of Literature, Dublin City Libraries, Dublin City Arts Office and Fighting Words, is intended to enable Dublin’s citizens, both adults and children, to participate in illustrating a vision of the city as a place that, although it might change and adapt to new circumstances, will continue as a living, creative environment and a place for the storyteller and poet.

Here we present you with some of the various groups’ completed projects, including some by young people and primary school children. 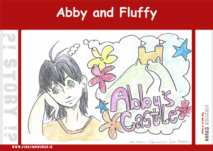 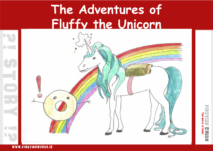 The Adventures of Fluffy the Unicorn

Dublin in the Coming Times: Poetry and Plays 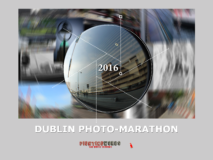 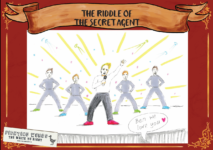